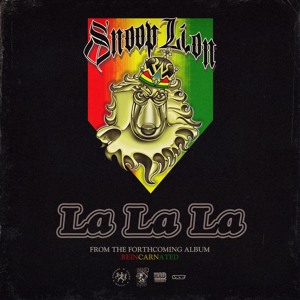 As I am sure you are all aware of by now the renowned rapper Snoop Dogg changed his name to "Snoop Lion" (at least for now) because he wants to become the Rastafarian he felt he always was deep down. According to the Huffington Post: "He was “born again” during a visit to Jamaica in February, changed his name to Snoop Lion and is ready to make music that his “kids and grandparents can listen to." Snoop is currently working on a reggae album known as Reincarnated which is slated to release this fall. "La La La" is the first taste of it.He has finally smoked himself stupid. The beat produced by Major Lazer is pretty solid but Snoop Lion just sounds pure lazy on this track. Then again, that's his style. Give us your thoughts on this track. Do you like it? hate it? or don't care either way? [soundcloud url="http://api.soundcloud.com/tracks/53452847" iframe="true" /]