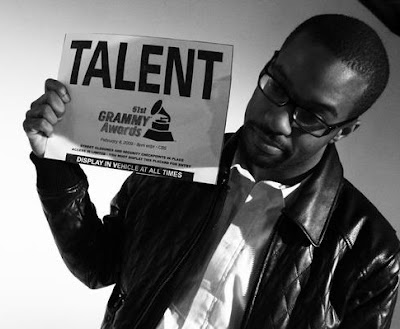 Mickey Factz has been around for a few years now! However, in the past few months, he has evolved and developed into quite a talent. In 2009, the Bronx native was a member of XXL Magazine's yearly "Freshman 10" edition with other popular rappers such as B.o.B., Kid Cudi, and Asher Roth.
He soon after became the spokesman for the Honda Accord in one of their commercials and signed a record deal with Batter Records in May of this year. He is currently working on his debut album, The Achievement, which its release date is still unknown. In the mean time check out "Paradise", "Campus Kingpin" and "Do My Do" (featuring Kid Cudi) by him
http://player.soundcloud.com/player.swf?url=http%3A%2F%2Fapi.soundcloud.com%2Ftracks%2F3325805%3Fsecret_token%3Ds-naeWM&secret_url=false Mickey Factz - "Paradise"
http://player.soundcloud.com/player.swf?url=http%3A%2F%2Fapi.soundcloud.com%2Ftracks%2F5559651%3Fsecret_token%3Ds-hPOau&secret_url=false Mickey Factz - Campus Kingpin by Evanwish1
http://player.soundcloud.com/player.swf?url=http%3A%2F%2Fapi.soundcloud.com%2Ftracks%2F642888%3Fsecret_token%3Ds-7716d&secret_url=false Mickey Factz / Do My Do ft. KiD CuDi
Also check out the music video to "Rock N Rollin" featuring The Cool Kids which came out about 2 years ago.
[youtube=http://www.youtube.com/watch?v=WO_hkWn56GY?fs=1]
For more information on Mickey Factz check out his facebook, Myspace, and mickeyfactz.com