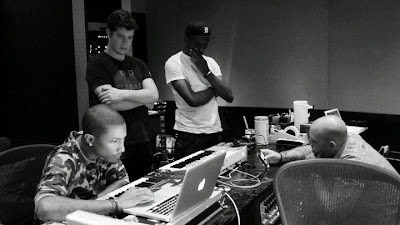 Yesterday I gave you some news on Chiddy Bang's upcoming eight-track "mini-album" The Preview with that coming out October 12 and the Chiddy Bang debut album, The Swelly Life, dropping early 2011. Also yesterday, Chiddy Bang dropped "The F*ck You Remix".

Today we bring you the first single off The Preview, "The Good Life". Courtesy of Spin.com, this track features production from three-time Grammy Award winner, Pharell Williams.
Download "The Good Life" / Alternate Link
In other news, Xaphoon Jones and Chiddy are working on re-mixing The Naked & Famous single, "Young Blood". This is a great electro-pop song by the New Zealand band and is featured on our end of summer '10 mix: "Best You Never Heard". Also Chiddy Bang is naming their next mixtape Peanut Butter N' Swelly, no word on the release date.
Previous: Chiddy Bang - "The F*ck You Remix", Hidden Gem: The Naked and Famous